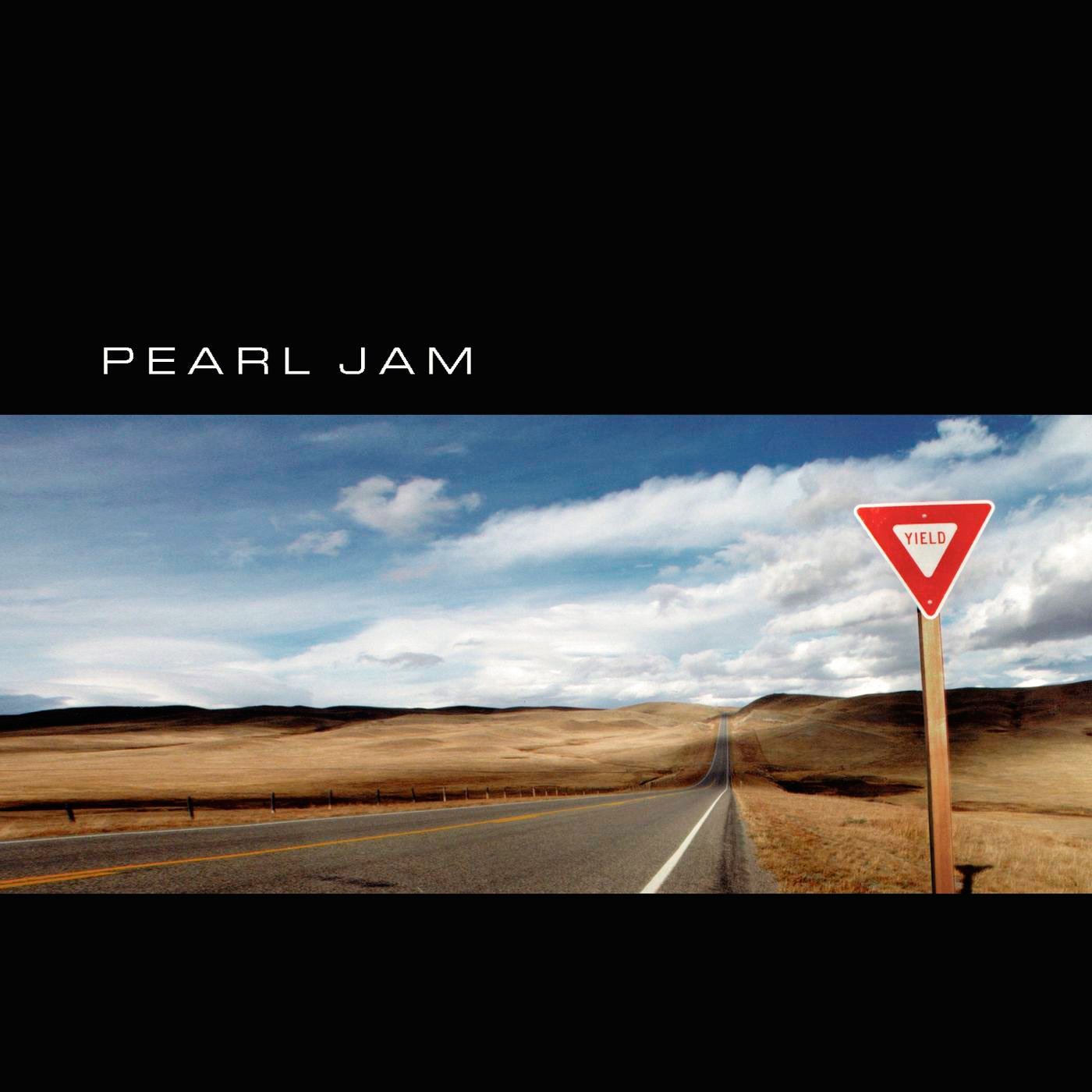 Pearl Jam’s fifth album, Yield, was released on February 3, 1998. It debuted at #2 on the Billboard 200 album chart. It was prevented from debuting at #1 by the Titanic Soundtrack. It has been certified platinum by the RIAA.

In 1998, I was heavily interested in what one might consider the “nu-metal” music. As such, I had less time for rock ‘n’ roll that I considered to be softer. I certainly had zero time for a band of Pearl Jam’s ilk, the grandaddies of a music scene that I – along with many other young people – was tiring of. In about a year, I would embrace Radiohead’s entire catalogue and become an absolutely pretentious art-rock kid. So… PJ weren’t really going to have a hope in hell of getting through to me.

The only, and I mean only thing that I remember about Yield was the Todd McFarlane-animated video for “Do The Evolution” with the dancing girl. I’ve recently heard from a friend that Yield is better than Vitalogy. Do I believe him? I’ve never believed him about anything before! Why start now?

Brain of J. – The album starts off well with a reasonably high-octane rocker. Building off of a strong central riff, the song stomps and snorts its way into the history books as one of PJ’s better songs. It rocks along in a similar vein to Vitalogy‘s “Spin The Black Circle”. I’m not sure that I’m quite as fond of this one as I am of either of Vitalogy‘s first two tracks, but it has a great, driving hook in the chorus. A good Pearl Jam song.

Faithfull – This track sounds like it could have fit on Ten, but lacks the polish of that record. Eddie is just a tad flat on the chorus, and it makes me wince every single time. The rockin’ parts are generic default-mode Pearl Jam. This is a pretty lacklustre track, especially this early on in a record.

No Way – This sounds like a boring-er Soundgarden crossed with one of 700 demoes of songs that I recorded to cassette tape when I was learning to play guitar and only knew two chords. The song only sounds more like a boring-er Soundgarden as it drags on. The only part that winds up feeling interesting to me is when it all falls apart and they’re just making noise and feedback.

Given To Fly – This sounds like one of the ballads off of Led Zepplin 4, but played by U2 and sung by a bored stoner. As good as that sounds in theory (and it doesn’t), this doesn’t work out well.

Wishlist – Cee Lo had already released the definitive song about wishing for stuff three years prior, so this song – while inoffensive and pleasant overall – is an unnecessary waste of energy.

Pilate – When I saw this song title, I thought “Holy! Pearl Jam was writing about pilates in 1998! That’s pretty far ahead of the curve!” But then I realized my error and chuckled and that was the most fun I had with this song. It has a chorus in the vein of Vs‘s “Glorified G”, which is neither my favourite or least-favourite Pearl Jam “mode”. Some of the acoustic guitar work on this sounds really nice, but it isn’t a great song.

Do The Evolution – This song could have been amazing. The guitar riffs are great and I really enjoy the songwriting. But the production is so controlled and gutless, it misses the mark entirely. The only element of the recording that sounds as dirty and unhinged as the song calls for winds up being the lead vocal, which has more distortion on it than any guitar on the track. The bridge is a great, cheeky wink of a part. I’m going to have to fall on the side of liking this one, but I do wish that it were recorded differently.

Red Dot – This percussion-heavy slice of fuck-around-ing may herald the official beginning of the shitty half of the record (because every PJ record has one). This is a high water mark for shitty fucking around. Terrible.

M.F.C. – This song is nothing special. Luckily, it doesn’t overstay its welcome. Some strange (for PJ) blips and bleeps in here. OK Computer influence?!

Low Light – This is actually a pretty nice example of Pearl Jam’s folkier side… but it’s marred by fretless bass farting all over the place and ruining everyone’s day. This guy – this bass player guy – it’s like he’s trolling me directly. I hate him.

In Hiding – This could easily be one of the longer, more boring tracks off of Vs without me even knowing it. Super generic too-long Pearl Jam mid-tempo mild-rock jammer. Nah.

Push Me, Pull Me – There’s no excuse for bullshit like “Push Me, Pull Me”. This song includes sound FX, Vedder spoken word and turntable scratching. The only way that this track could be worse is if they brought in Anthony Kiedis to “sing” the hook. Just awful. Shakes my faith in music as a medium of expression.

All Those Yesterdays – I generally hate it when PJ tries to do something this off-kilter and calculatedly quirky, but I sort of like the vibe of this one. But thinking about it more seriously, I doubt if I’ll ever listen to it again. After the song ends, there are a few minutes of silence followed by a supremely pointless instrumental track. PJ missed the memo that said “The 90s are ending… knock that shit off, nobody cares about your ‘secret song'”.

Verdict: I dislike a large swath of this record, but there are definitely some pieces of good material to be found here. It was received as a bit of a “return to form” after No Code, and I can get on board with that. Although, I feel that it’s largely a return to the form prior to Vitalogy, the record that I have liked best. As such, it undoes some of the super cool progress that they were making in terms of my personal opinion of them.

Sorry, Ravi. This record is not better than Vitalogy. But it is better than No Code (which is terrible) and it is better than Ten (which is inexplicably the favourite of many people). I would slot it somewhere around Vs in a ranked list, perhaps even edging Vs out. Which is a statement that will prove to be controversial with a certain dad I know. “Brain of J” and “Do The Evolution” are pretty great, though. So I dunno. It’d be tight.

Update: Just looked at the track list for Vs. Vs is better.