Round two of my craft beer vacation has me drinking a session ale whimsically named “Kickin’ Back.” This brew comes courtesy of Guelph, Ontario’s Wellington Brewery, and was purchased in one of the fancy new beer coolers at Sobeys. Plus one for the Wynne Liberals, I guess.

I have enjoyed other Wellington beers, specifically their pale and brown ales. Will I enjoy this one? Read on and find out! 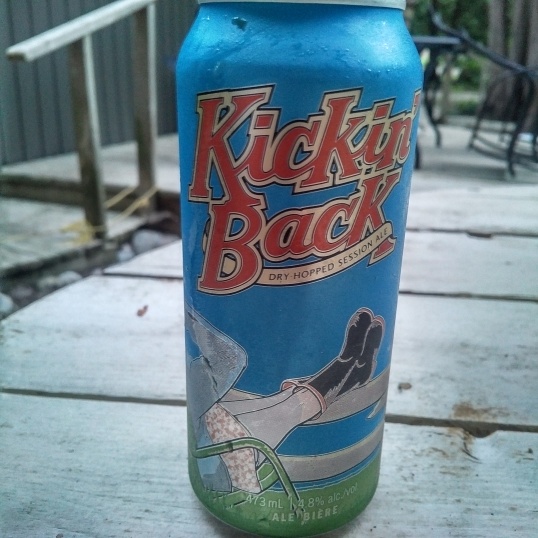 The Can: Kickin’ Back comes in a plain blue can with a quaint image of a lady kickin’ back with her feet on a fence. Ah, the quintessential image of summer, except for the anachronism of the Wellington rubber boots on what looks like a very dry, pleasant day. Her chair appears to be sinking into the grass like it’s quicksand, but she dgaf because she’s so chill. Great font choice. 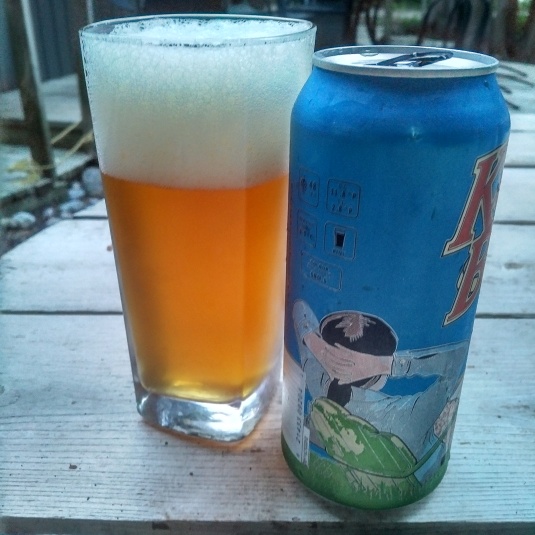 The Colour: It’s golden. The Golden State Warriors have this colour on their jerseys.

The Smell: Dry hopping is the process of adding hops later in the beer-making process; it is intended to provide a rich, hoppy aroma to the brew. Not only does this particular beer not really smell like hops, but who gives a shit what beer smells like anyway?

The Flavour: This beer has an absurdly mild taste. There’s some pleasant citrus notes to it, but the sparse flavour and low alcohol content do it few favours. I wouldn’t say I hated this, as much as I forgot about it even in the process of drinking it. Kickin’ Back is so mild you might as well be drinking carbonated lemon water, because it tastes the same and has fewer calories.

The Verdict: The story goes that session ales were designed so that people could drink on the job, and therefore were required to have a lower alcohol content. The problem with that story (besides the inherent workplace safety hazards) is that I’m not drinking this on the job, I’m drinking it on vacation, and it’s not doing the trick. If you’re going to have low ABV, you better bring strong flavour and hops galore. This has neither. Stick to the more tried and true members of the Wellington family!