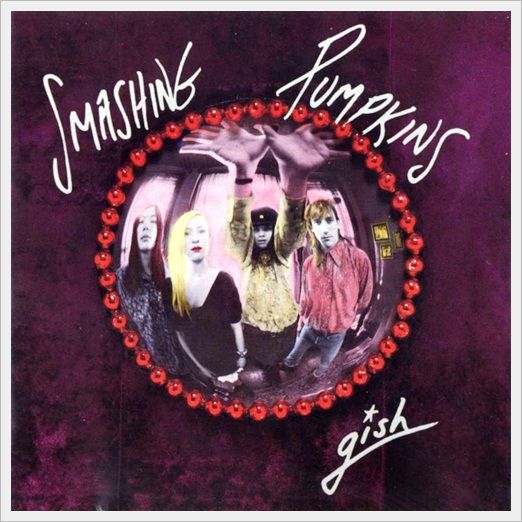 The Smashing Pumpkins’ debut album was released in May of 1991. While it was not an overnight smash, it was well-reviewed and would eventually be certified Platinum by the RIAA.

Bilbo Corgan and his Smashykins pop up in the news every year or two. For the better part of the last 15 years, these mentions have largely concerned themselves with Billy doing something strange or saying something ridiculous. Sometimes Corgan will rocket back into relevancy for a week simply by virtue of the fact that we all love making fun of him.

What I mean to say is that for the last 15 years or so, when we hear mention of Smashing Pumpkins, it is almost never actually about the music.

The most recent Pumpkins news, while still somewhat bogged down by Barely Competent’s big fat dumb mouth, has actually been kind of about the band. The Pumpkins are reuniting! Kind of! Most of them! And they’re going on tour! And yes, this series of posts will also find me working very hard to come up with different names for Billy Corgan, as I’ve been doing with Trent Reznor’s name in my Nine Inch Nails series. Deal with it.

This tour may have been greeted so far with possibly damaging press and lackluster sales, but it at least seems to be pointing to the fact that the Smashing Pumpkins were at one time one of the most massively successful bands in the world. And, true to the purpose of the Reevaluation posts on this blog, they were a massively successful band that I couldn’t have cared less about.

With the exception of their biggest singles, I avoided the Smashing Pumpkins whenever I could. Their whole aesthetic turned me off, and I thought that Burly Cardigan was the worst vocalist in rock music. I would have rather listened to Les Claypool sing “My Way” than listen to more than a track at a time of the nasal wailing found on a Smashing Pumpkins record.

I’ve been encouraged by a few people to give this band another try and with their (kind of) reunion just around the corner, it seems as though this may be a good moment to dive in. We’ll begin with 1991’s Gish, an album that I think that I’ve only ever heard one song off of.

I Am One
I think that it is pretty funny that Billy starts his first record with a song called “I Am One”. Imagine this song was actually about his first year of life? Imagine that the second song was “Now I’m Two”? And he just kept doing that for every song on the record and it was a concept album about the first ten years of his life?

Sadly, this is not the case.

“I Am One” kicks off with the most 90s sounding progression of 90s-ass drums, 90s-ass bass guitar lick, into 90s-ass guitar licks. That being said, it sounds pretty good to me. Some of the riffs slam pretty hard, and Corgan’s vocal performance manages not to be completely grating. The central riff serves as kind of an interesting bridge between Guns N Roses’ “Paradise City” and proper grunge, a characteristic that this song shares with Pearl Jam‘s early work.

This song and video couldn’t possibly feel more dated, but it feels dated in an enjoyable way. Just as clips of a bunch of dirty hippies at Woodstock winds up being kind of charming to watch, this clip of early-90s GenX rockers kicking out the jams very seriously serves as an amusing time capsule. I enjoyed it!

Siva
Another totally vintage 90s banger, “Siva” provides ample evidence that early music from bands like Our Lady Peace never would have happened without the Smashing Pumpkins. This is not a terrible early-90s rock track. It manages to provide some interesting moments that bring the sound down to a simmer, and they make the more hackneyed elements easier to handle in context.

Again, it seems that early Pumpkins shares Pearl Jam’s cock-rock hangover, with little noodle-solos and meathead riffs littered all around the track. As grunge music has typically been described as a stew containing elements of punk, college rock and 70s hard rock, this early stuff serves as a reminder that alternative music winds up sounding a little conspicuous when you include too much hard rock beef. It doesn’t ruin the song, but you have to wonder what they’re trying to prove by just throwing Zeppelin-lite flourishes everywhere.

Rhinoceros
The Smashing Pumpkins’ fingerprints are all over the bands of the early 90s, if these first three tracks are any indication. “Rhinoceros” falls more on the shoegaze end of the 90s spectrum, while also boasting a classically catchy three chord chorus and a by-the-numbers riff-rock bridge/solo section. It winds up being a pretty well-rounded song, if not a super energetic or singularly interesting one.

Is this the first documented appearance of Barney Kerrigan wearing a shirt with a great big star on it? How funny are these videos to you? Because they are hilarious to me.

Bury Me
Given my familiarity with their later material, I was really not expecting the Pumpkins’ debut to sound cut from the same cloth as early Pearl Jam as it does. “Bury Me” sounds only a step or two removed from something off of Ten. The vocal approach is quite different, obviously, as Bentley Bornagain couldn’t pull off Eddie Vedder’s steamy baritone on his best day.

An album track if I’ve ever heard one, “Bury Me” is an uninspired chugger that outstays its welcome by at least two minutes. That’s not including the thirty seconds of tripped-out reverse guitar effects tacked onto the end. While we’re talking about burying things, this track should have been buried on side B.

Crush
The band brings things down a notch with “Crush”, a song that might by low-key interesting if it didn’t have an insufferably breathy vocal performance stumbling all over it. If you were at a coffee house in the 90s for an open mic and saw this performed, you would wonder who let the drunk drama student onstage.

It’s a shame, as there are some fairly neat structural elements at play in this tune, and some interesting effects involved in the production. I just can’t see my way to overlooking the vocal performance, though. It’s awful. Nobody working this hard to convey emotion while singing should be surprised when people don’t accept it as sincere.

Snail
This track is a moderately exciting alt-rock song that builds to a very cool prog-lite outro section. It feels like an album track, but one that manages to cultivate a fresh (relatively speaking) idea. Were I a fan in my teens, this would have been one of those album tracks that I would stubbornly insist was my favourite song on the album for a few weeks. This is the kind of thing that a person will do when trying to express to others that they are somehow unshackled from the mass-appeal of hit singles. It’s a pretentious thing to do that is really fun to do. So I still do it.

Tristessa
This song kind of sounds like they took a couple of the other songs and put ’em in a blender and then added water to thin it all out. Blissfully, it is on the shorter side of things. I’ll give a tip of my hat to the end of the guitar solo featuring a long, slow detuning of the low-E string of the guitar, which is basically the most excessive and hilarious thing that a guitar player can do in order to get attention, short of putting the guitar behind their head or playing with their teeth.

Window Paine
Another slow burn track arrives as the album nears its conclusion. I enjoy the patience employed by “Window Paine” in its gradual build toward a bridge section that simply accelerates in a cartoonish fashion and ruins the whole song. I tuned out after that, so if something cool happens after the really dumb bridge, I wouldn’t know. Lemme know if you’ve heard anything about it.

Daydream
The album concludes with a merciful break from listening to Binky CarpelTunnel sing. Vocal duties are instead carried by the bass player, D’arcy Wretzky. Her last name is what happens when you try to come up with a really concise nickname for Wayne Gretzky, but when it comes to singing, she’s not The Great One. She’s just okay.

The song is a reasonably nice capper. The swelling strings and shimmering acoustic guitars work well with the sparse song structure to create something that could have come from an indie pop band a decade or more later. Having another vocalist actually is  a nice break in the context of a Smashing Pumpkins album. His performances aren’t universally the worst, but a whole album of Billy was tough to take.

The album truly ends with a secret song called “I’m going crazy”. It should have remained a secret.

You know, I enjoyed Gish more than I was expecting to. The record certainly sounds dated, but how many records released in 1991 can be claimed to sound timeless? As mentioned, I wasn’t quite prepared for the amount of bonehead riff-rock found on here, but I suppose that it makes perfect sense.

My distaste for the vocal performance and quality remains strong. The lyrics and delivery on Gish seems particularly breathy and garbled at points, and I’m curious as to whether or not this is due to a low-budget recording or if it is intentional. On the album’s best tracks, I can put my issues with Billy’s voice aside and enjoy a fairly well-realized and varied debut album.

I’m not convinced that the band is deserving of all of the attention that it has gotten over the years, but I cannot debate that they had some interesting ideas that were clearly mega-influential.

I expect that I will appreciate their next record (Siamese Dream) the most and that I will find a great deal to make fun of on every subsequent Smashing Pumpkins album. But who knows? Maybe I will develop a begrudging respect for Beebee Cornypen and the Plunkin’s and I’ll be plunkin’ down my own hard-earned bucks to see their (sort of) reunion tour.