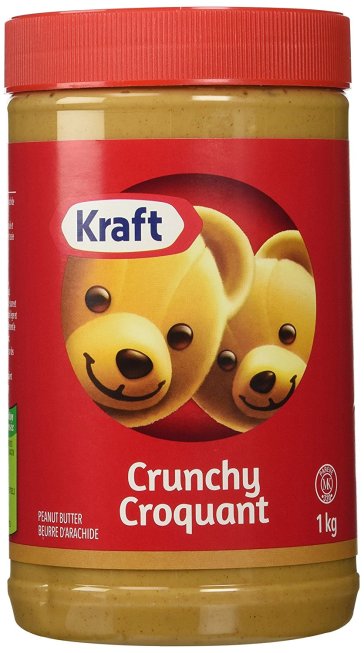 There are very few things that I know to be objective truths. Beer being delicious is one. Days off are better than having to go to work. That I know for sure. Another thing that I’ve held to be true for as long as I can remember is that smooth peanut butter is vastly superior to crunchy peanut butter, which is gross.

It is important, however, to challenge one’s preconceived notions from time to time, in the interest of knowing both oneself and the world around us. I used to think that The Beatles were unquestionably better than The Rolling Stones. Now I know that both of those bands are kind of equal parts great and boring, depending on the material and when you’re hearing it. I try to eat an olive a couple times a year, to check and see if they are still terrible. They always are, but I’ve gotta be sure, you know?

Why, I’ve devoted thousands of words to these kinds of reassessments on this very blog.

Smooth peanut butter is a necessity to life and is one of the two things that makes getting out of bed in the morning a possibility. The other is coffee, my opinions about which I may get into at a future date. Right now, we are speaking of peanut butter.

Smooth peanut butter exists in such a constancy that one can apply an even base of the stuff at the thickness that one may desire, regardless of the site of application. If one would prefer to go with a thin layer of peanut butter, they are able to do so (right to the edges, no less), allowing them to easily pair additional toppings with the peanut butter without overloading their bread, rice cake, or other means of condiment conveyance. If one should choose to go with a solo peanut butter experience (which is a viable option, as peanut butter on its own is rad), it is easy to apply a very thick layer of peanut butter that remains even and aesthetically pleasing. If the spreading surface happens to be a still-warm piece of toast, the peanut butter consumer may also find that their peanut butter gets delightfully melty, which is basically the food equivalent of dew shimmering on a pristine lawn in the morning hours of a summer’s day. 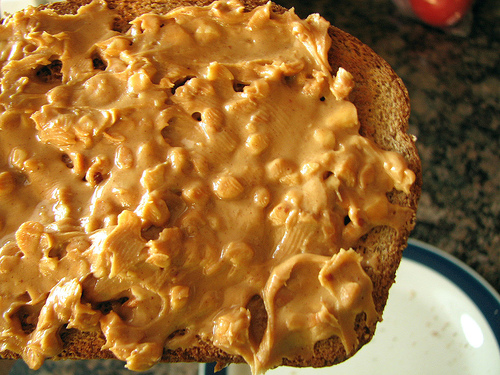 A thin layer of chunky peanut butter is out of the question. If you are looking to add a jam or a honey to the mix, you can expect the finished product to weigh about five pounds. Forget about getting maximum surface coverage when spreading chunky peanut butter. You’ll spend five or ten minutes revising your spreading work and will still wind up with bare spots next to spots that are much too heavily peanut buttered.

What misery it is to spread chunky peanut butter.

You Would Not Want To Hang Out With Chunky Peanut Butter

At the end of the day, smooth peanut butter is the ultimate team player. It compliments anything it touches, and works well with others. Chunky peanut butter, on the other hand, insists on making sure that you’re constantly aware that it’s around. Every moment chewing is spent discovering yet another chunk of peanut, pushing its way to the forefront of your attention and demanding that you take notice.

“Hey, crunchy peanut butter. Maybe you could let the strawberry jam take the lead on this bi…”
“FUCK YOU!” *crunch*

Crunchy peanut butter is the aggressively self-important office co-worker of the food world. It dominates every meeting with ideas that are not necessarily the best, but prevail simply because they are the loudest and most persistent.

You would hate hanging out with chunky peanut butter. So why would you buy it to eat for breakfast?

From the Peanut Gallery

One day at the peanut butter factory, a bunch of workers were busy doing God’s work (making delicious peanut butter), when one of them rolled in with a hangover. The peanut butter workers were on a tight timeline and the worker with the hangover could only get his work half done by the end of his shift. When his manager came to check on the day’s yield, he would surely fire the man (who presumably had a family to feed, as this story has a sad ending and therefore should have some other sad parts).

In his desperation to save his own skin, the worker claimed that he had invented a new product. He presented his boss with his half-finished work and called it “chunky peanut butter”, which is just another way of saying “this peanut butter isn’t ready yet”. Luckily for him, his boss was an opium addict and was prone to wild hallucinations and fits. His boss promoted him and they went about marketing their terrible idea.

Somehow they fooled many people into thinking that it was a good idea and that it was worth buying, and many years later I bought a jar of their bad choices. 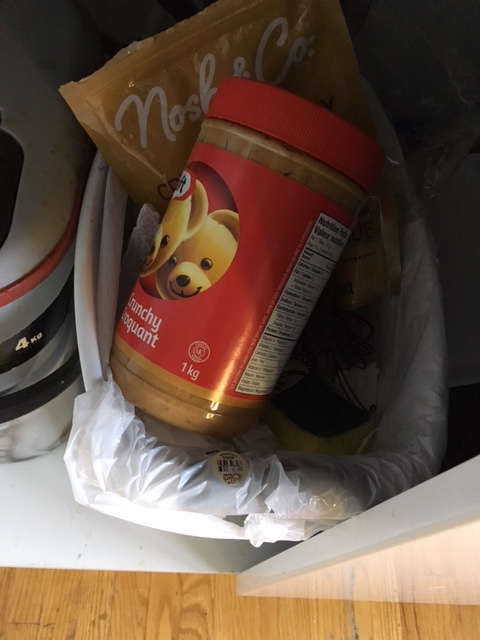