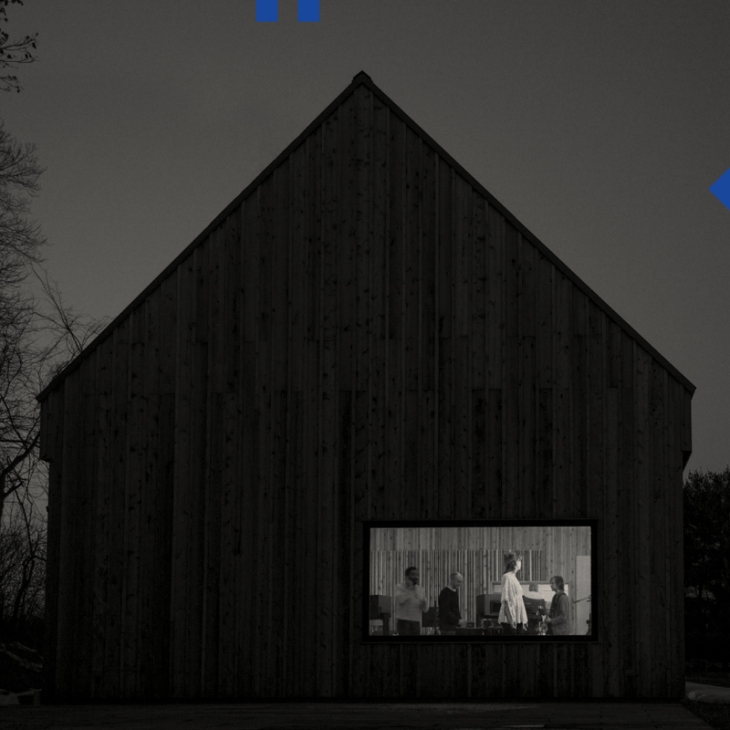 Ah, nothing like a man in his late thirties reviewing a band that seems perfectly designed and marketed to people in their late thirties. On the one hand, nobody makes me cringe in the “we’re just as cool as we ever were, we’re just a little older” way quite like the National; they’re still going to parties and getting trashed, but now they drink red wine and feel anguish about their life partners instead of their newest relationships. Singer Matt Berninger sings pithy line after line about all the newfound wisdom that comes to you with a little age, but sometimes I get the feeling that he hasn’t learned anything at all but how to perform the role of being an adult.

On the other hand, when Berninger lets himself be disarmed, the National can be magic. In particular, High Violet and Boxer both resonated with me quite a bit at the time, and those records can still whomp me in the guts when I put them on. “You said it was not inside my heart; it was. You said it should tear a kid apart; it does. Didn’t want to be your ghost. Didn’t want to be anyone’s ghost.” Couple that with a band of very talented musicians who come up with great arrangements but rarely demand the listener’s attention, and I have to admit that I like a lot about the National. But with 2013’s Trouble Will Find Me, I found myself tuning out and feeling like they had turned into, for lack of a better term, a National cover band. The words were similar, the arrangements were similar, but both lyrically and musically it seemed to ape themselves.

Here we are in 2017, and there’s a new record, Sleep Well Beast. They’ve already scored points for that record title, as I call my son the beast and love nothing more than when he sleeps well. But will they be able to win me over again, or is my National phase behind me? I’m going to drive my son to daycare and walk my dogs while listening to Sleep Well Beast, pretend I’m still cool, and judge for myself. Here are my first thoughts.

Nobody Else Will Be There — A guitar-loop type thing, paired with a very pretty, very nice sounding piano. Some deliberately rough vocals (i.e. late-night or first-take) off the top, which comes across to me as sincere. Sometimes there’s a quality to Berninger’s lyrics that make me think of him as a serial romantic (or serial adulterer, since he’s a married man?). It’s likely, of course, that all these “meet me somewhere secret and we’ll woo each other” songs are for the woman he’s been with for decades, but something about the delivery occasionally makes it sound illicit. Decent enough opening to the record.

Day I Die — There are those good drums I was missing. And there’s the other half to his vocals: when he doesn’t sound like a serial romantic, he sounds like a serial divorcé. This is a strong vocal performance, less crooning and more singing, and it goes really well with the sense of energy conveyed by the band. Lots of great musical ideas that appear about halfway through, and lots of hooks.

Walk It Back — And then we throw away the band for a synthscape. And throw away the singing for the crooner schtick. Ugh. This chorus is just terrible to my ears. I’d call this track a total misfire, if not for some interesting musical ideas. Not a good sign when the half-baked songs show up so early.

The System Only Dreams in Total Darkness — OK, this is more promising. Interesting lady choral intro, a more energetic tempo. But the last track sort of soured me on the vocals, so I’m being much harder on them than I was before. Granted, the singing is much better here. Really doesn’t sound like much of a song until the drums kick in after a minute or two and the vocals jump up an octave. Not a great lead guitar sound to begin with, and then a long, tuneless solo. Overall, some interesting ideas that I would never need to listen to again.

Born to Beg — Great piano and synth intro. We’re back in serial divorcé mode, but the “born to beg” line in the chorus is kind of cornily drawn out. Starting to feel the album meandering at this point, mainly because it’s as much studio fuckery (synths, sequencers) as it is an actual band. This track has a great outro with guitar and piano.

Turtleneck — The National have named their liveliest track after the most take-me-seriously shirt/sweater style. The amped-up feeling is appreciated, but unfortunately it’s full of rote live-rock-music schtick, like a worse-performed U2 that leans on the 12-bar blues. Does anyone actually want to hear the National doing their take on blues rock?

Empire Line — Cold synth drum intro with synth mallets and synth strings. It’s interesting, but I’m missing hearing the band play their instruments. I don’t even know if I’ve noticed the bass guitar to this point. This song doesn’t even seem to have bass guitar until the very end. Vocal delivery is so stilted and slow, it sounds as though he barely hashed out these lyrics before he recorded his parts. Again, some great musical ideas throughout this, especially in the drums at the end.

I’ll Still Destroy You — Have you ever wanted to hear the National use late-1980s synth sounds/drums and choral “oohs”? Then I’ve got some good news for you. Again, some really weak vocals, mumbled and awkward. This is more a soundscape than a band effort; even when the drummer eventually shows up, his part is so hyper-processed and synthetic sounding that it doesn’t add his usual pep. There’s a great breakdown in this track that reminds me of Radiohead, a band who was much more successful in transitioning away from a live-band sound. At this point, I’m mostly tuning out the vocals, although the chorus here was pleasant.

Guilty Party — Oh great, another song that starts with glitches and synth. But the piano soon follows, and it’s a really lovely mix between the natural and artificial. The chord progressions on piano seem to be a better fit for Berninger’s singing, leading to nicer melodies and rhythms. If I’m taking anything away from this song, it’s that ADULTHOOD IS HARD. A neat, swelling guitar section instead of a solo, and much more successful than the feature section in “System” above. Really great drums, which apparently is something I say about this band in general. One of the better tracks.

Carin at the Liquor Store — Piano again, and once again the vocals are strong and melodic. Maybe that’s the secret to making a good National song? I’m sure there are many exceptions. Anyway, great guitars, surprisingly mediocre drums here, but overall a pretty track, or at least it stands in contrast to some of the more obvious misfires.

Dark Side of the Gym — Man alive, is there a more depressing picture of adulthood than transitioning from Pink Floyd’s “Dark Side of the Moon” to fighting your own waning metabolism in the Dark Side of the Gym? This song seems to be about yearning wistfully for the beginning of his relationship. Overall this track doesn’t do much for me, but again, there are some pretty sounds and ideas, especially the ending, which blends glitches and traditional orchestral instruments. Once again, this reminds me of Radiohead moving beyond the constraints of a live band, only less successfully.

Sleep Well Beast — And even more Radiohead, with a sampled “ooh” section, a simple drum-machine sound, and synth to start. There seem to be a number of interesting lines in the lyrics, but they’re mostly lost under another mumbled performance. Not the worst offender, but certainly far from the best on here.

The verdict: Sleep Well Beast finds the National trying to be many things at once. Musically, the album is relegating the live band to the background in exchange for synths and soundscapes. Vocally, the album is equal parts mumble, schtick, and genuine heartfelt performance. Lyrically, he wants to woo you or lament your break-up, depending on the song. It feels like the album of a band that is trying to satisfy many urges and not worrying so much about who this music will appeal to. I can admire and respect that, but ultimately, I may not listen to it very much. I’m an adult, after all, and don’t have time to horse around with extraneous things. I guess I’ll get my adult music from the likes of Pile or Do Make Say Think instead.