Amsterdam is a venerable and trusty local brewery here in Toronto.

I have a fairly long history of drinking Amsterdam Blonde, the default pint at Sneaky Dee’s (when one isn’t feeling up to subjecting their guts to a pitcher of Cool). Truth be told, I always kind of thought it to be a lousy beer, until I had it at a different bar fairly recently and realized that the lousiness I was tasting was just the dirty taps at Dee’s. The Blonde is a completely reasonable and tasty beer.

So Amsterdam and I go back. Why, I’ve even played a gig at the brewery, one of the best times I’ve ever had playing a gig (open bar). 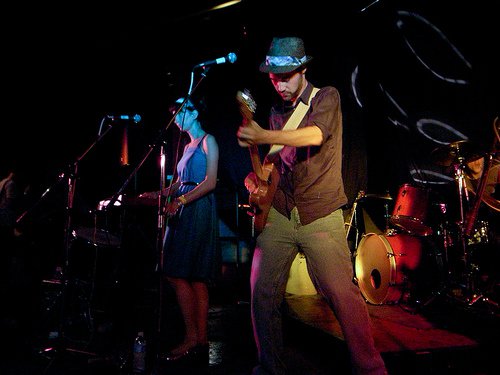 Full disclosure: Cruiser is not new to me. My first dance with Cruiser took place when I was out for dinner with my illustrious colleague. We each ordered a pint on a whim, and we agreed – holy shit, this stuff is delicious. This review has been inspired by the recent release of Cruiser in tall cans, because hey – this bodes well for my Summer drinking roster. 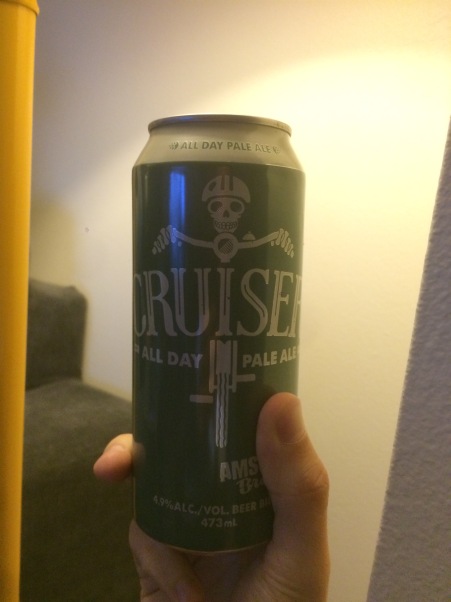 The Can: Amsterdam Brewery’s design team is pretty on point. This follows along with their obsession with bikes and skeletons. This can, and the Cruiser graphics in general, are totally boss.

The Colour: Cruiser is a really pleasant gold when ordered on tap. I’m a total can-sipper, so colour doesn’t really come into play for home-consumption.

The Flavour: This is a great beer. One of my current favourites. It’s a pale ale, so there’s an undeniable hoppy snap to it, but it’s balanced with a really pleasant lightness. It’s grapefruit-y. The citrus notes are a real draw here. It’s billed as an “all day pale ale”, and THAT SOUNDS LIKE A CHALLENGE, AMSTERDAM.