Technology has given us a lot of wonderful things, such as electric guitars and email pen-pals (like my illustrious colleague at Fraudsters). Thanks, technology!

But there’s a dark side to the future. It has also brought us the coffee puck, which is the scourge of both landfills and palates everywhere.

In case you’re confused, this is what it looks like to prepare coffee: 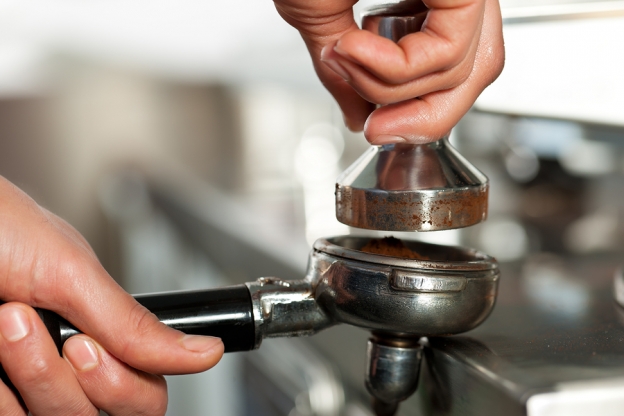 OK, OK, you’re not fancy pants. I get it. But here’s another way to make acceptable coffee: 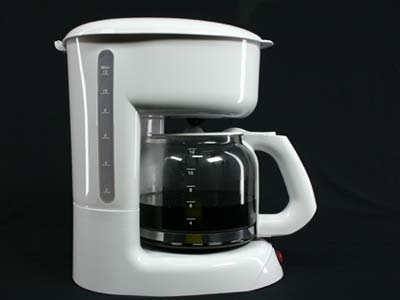 And there’s also this, which can be delicious:

OK. So we’ve seen that there are at least four different ways to make great coffee at home. All of them produce coffee grinds as waste, but you can compost that. And hey, if you’re feeling lazy or unskilled, just go to a coffee shop and get somebody to make you something awesome.

Now let’s look at the alternative:

Yes, that’s right. Who wants to suffer through the seductive aroma of freshly ground coffee and listen with anticipation to black gold percolating, when instead you can vacuum seal some stale grinds into a plastic package and listen as the Keurig machine pisses it into your cup, grunting like an old man? Delicious! Then, even better, when you’re done, you can toss the whole thing away unnecessarily like Friar Tuck from Rocket Robin Hood!

Twisted Pine claims they were “founded in Titletown USA” and that “excellence is in our blood”. Google Maps tells me there’s no such city as Titletown USA and cannot confirm or deny anything about Twisted Pine’s blood. But I am skeptical!

Using a coffee puck machine daily requires quite the Venn diagram, as far as I can see: it’s the confluence of lazy, impatient, and completely disinterested in the quality of the things you consume. They’re not cheap (as compared to coffee by the pound), they mostly taste like plastic and sadness (but in all fairness, bazillions of people consume Tim Hortons coffee, which tastes like someone ashed out a cigarette in the cup), and they’re profoundly wasteful.

There are probably some compelling reasons for using coffee puck machines, but mostly it seems like people feel they don’t have the five minutes in a day to make a regular cup of coffee and they don’t want to clean anything. It makes me wonder how long it’ll be before it’s common for people to eat exclusively with disposable cutlery and dishes. I mean, who wants to clean dishes, right? Wait. Do people already do that? Oh god. I just read somebody referring to plates as “reusable plates.” WE’RE DOOMED AS A SPECIES.

Anyway, there’s one usage for coffee puck machines that I can think of as vaguely justifiable: you don’t drink coffee, but you want to be able to offer coffee to guests when they visit. That’s why I’m drinking coffee pucks this morning, because I’m visiting family and the only alternative is walking down the street to Tim Hortons. So thanks, mom and dad!