Dogs and beer, a dream team brought to you by Yellow Dog, a Vancouver-area brewer. They think we customers are so easily seduced that they can just put some dog-related words on a can (Play Dead IPA, Sit & Stay ISBA) and we’ll buy their beer. And they’re right. Dogs are the best.

I don’t have to check the ol’ Googs to tell you that there are no successful breweries with a similar affinity for cats. Cats are abominable allergy machines that hate when you do anything fun. Just ask my illustrious colleague, whose two feline squatters rip up paper while he sleeps, just to fuck with him. Cats are the worst.

Here are my two dogs being good dogs. Notice how much better they are than cats.

Now that we’ve conclusively proven that dogs are sweet, rewarding companions, let’s move on to proving the same about beer. 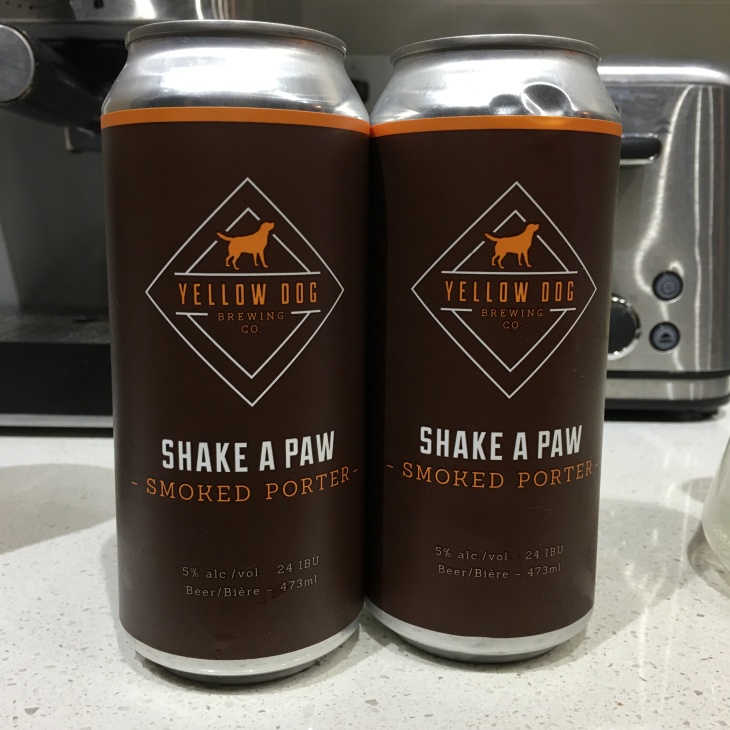 The Can: A tallboy in a four-pack, with a very simple label. I dig the fonts and logo, though. Like the Down the Road Pukwudgie pale ale, the label isn’t “painted” on but rather a sticker that’s been added to a blank can. On the one hand, it’s weird and suggests cheapness, and on the other hand, I can only speculate that they spent the rest of their budget on making the beer.

The Colour: Exactly what you might expect from a porter. Dark and opaque with a brownish head that doesn’t last very long. Looks delicious to me.

The Flavour: Smoked beers are named as such because somebody thought it would be a good idea to add liquid smoke to their brews. The earliest versions of this that I tasted were awful, like I was drinking the water from an ashtray that had been left out in the rain. With Shake a Paw, the smokey flavour is much more subdued but still clearly there, especially in the aftertaste. It’s pleasant enough but maybe not sufficient to carry a novelty flavour, like beers that have coffee or fruit or some such added to them. As for the rest of the beer, it’s surprisingly light and watery, leaning a little too much toward sweet and syrupy, without the necessary bitterness to balance it.

The Verdict: This may not satisfy all your dog and beer needs. Go get a dog (or fine, a cat; everybody deserves a good home). Shake a Paw isn’t a standout in terms of dark beer, but it’s not an overwhelming porter, either, and there are times when you don’t want to be punched in the face with flavour. The subtle smokiness is probably enough to recommend trying it, but I suspect this won’t be anyone’s go-to brew.

And now, as a reward for all that hard work, I’m going to give my dogs a treat. They just have to shake a paw first. 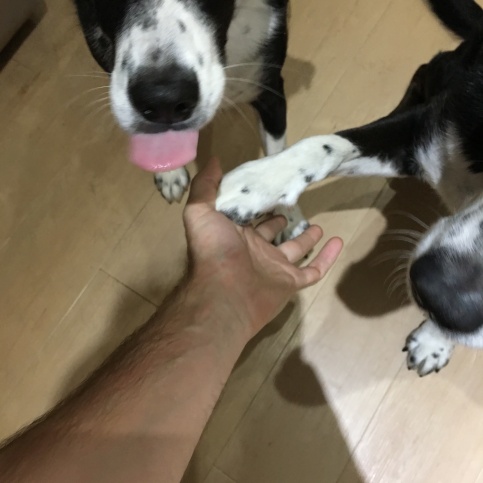 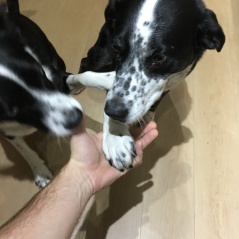 (Post-script 1: Strangely, the gent who introduced me to this beer is a cat person. Thanks, Kevin! I’m sure your cat is great.)

(Post-script 2: Right after trash-talking cats, I managed to spill the last quarter of my glass all over the floor. Feline cosmic justice, or self-hate?)