Jay: Welcome back, friends! Who would have thought that the threat of a nuclear winter was only the second biggest blunder by the reality-TV-celebrity that runs the country just south of us? And now, with the impending, timeless clash of Juggalos versus white supremacists happening next month, we have truly entered a new era.

To get serious for a moment, the events of last weekend in Charlottesville were fucking awful. I won’t bore you with the endless discussions my illustrious colleague and I have had on the subject, since you’ve probably also been inundated with news and conversation about it. But I will say that, for what it’s worth, this on-the-ground reporting by Vice was easily the best and most informative piece I saw about the weekend:

Now that I’ve addressed the racist elephant in the room, let’s get on to the silly indulgences that keep us sane in these horrific times. Josh is basking in cottage life and all its frothy perks. How about you, olde friende?

Mark: Well, speaking of HBO, did anybody else notice that next week’s episode of Game of Thrones leaked? I… I sure didn’t download it and watch it early. No sir. Sure am still waiting until it airs officially.

Apart from keeping up on my television programs, I’ve spent some of my free time this week pulling together plans for a TRIP TO JAPAN with my wife. We’re pretty excited and there’s certainly a lot to do. So we have been consumed (her more than me, but still me) by searching out places to stay and things to do. I mostly want to buy some beer from a vending machine to feel what it’s like to live in a modern civilization.

On the music front, I’ve fallen in love with a new band. Melkbelly’s new video was featured on Noisey yesterday as a “certified ripper”, and I’m not sure that I could read those two words without checking to see what the fuss was about. They weren’t kidding. “Middle Of” is a dizzying, beguiling ripper indeed. If off-kilter, arty noise-punk is your jam, this may be the stuff for you. I’ve investigated and listened to their EP and singles and have found that I like most everything they’ve released, much of it finding that space where punk meets art rock meets wobbly prog. Check out their bandcamp page. You can also find their stuff on Spotify and Apple Music, if that’s your thing.

Jay: That song really is awesome. Can’t wait to hear the full record.

It’s tough to put a finger on any one thing that I’ve focused on this week. Running has certainly been necessary and revitalizing. I’ve been giving that new Big Thief record another shot and it’s growing on me a bit more. XBox has a new Netflix-style program, that I’ll be talking about in more depth next week. Oh, and Nidhogg II came out this week, and I’m really looking forward to digging into that weirdo game. It’s been lots of small bites, in between the work and domesticity.

This weekend I’m going to see an Alien / Aliens double bill at a local rep cinema. There is nothing like seeing old movies in the theatre, and Sigourney Weaver rules. (She’s also in that new Marvel Netflix series, so I’m screwed.) No matter the depths to which the sequels later sank, these two movies remain a big deal to me. Considering our current political climate, we need more stories about defeating the disgusting parasites that gestate in the darkest parts of us, now more than ever. 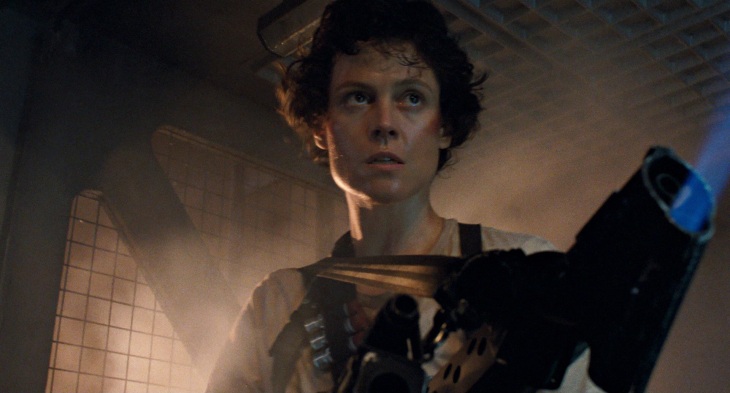 Time to close down this shitshow of a week. Even as we’ve been writing this, at least two more pieces of White House news have hit, so who knows where we’ll be by this time next week? Until then, keep enjoying art in the margins. Take care, friends.