As a high school student, I used to wonder (aloud) in English class as to why we were studying Shakespeare and not Stephen King. Even by that point, King had been prolific to the degree where it felt like he had as many works as Shakespeare, and King’s work was about haunted hotels and evil dogs. I hated Shakespeare. And boy, did I love Stephen King.

Cut to 20 years later and I’m now even more of the mind that Shakespeare and Stephen King are cut from the same cloth. Both working in the popular styles of their time, the two writers seem to have cranked out an absolutely ludicrous quantity of material for one person. So much so in Shakespeare’s case that some people actively theorize that the work attributed to Shakespeare is actually the product of more than one person.

Nobody’s doing that with Stephen King, though. Because so much of his work is bad and nobody else would dare take credit for it.

There are undeniable gems in King’s catalogue and I have no doubt that some of his work will be lionized as essential literature, if this hasn’t already happened. For every The Shining, though, there are four or five clunkers. His track record for screen adaptations – which is, at this point, almost as numerous as his written work – is more dismal. For every Stanley Kubrick’s The Shining, there are six or seven TV Miniseries of The Shining starring that guy from Wings.

It seems that the hunger to cash in on King’s name using the big or small screen has not yet abated, as this summer brings to us a television adaptation of King’s short story, The Mist.

The Mist is a novella that appears in King’s short story collection, Skeleton Crew. As a teen, this was one of my favourites of his works. It’s a grim piece of work, centred around a father and son holed up in a supermarket with a bunch of townspeople after a dense fog has rolled in around town. Also, the fog is populated by a variety of man-eating monsters. It rules.

There was a movie adaptation made in 2007 that wasn’t critically or commercially appreciated at the time, but has since become a bit of a cult darling. I am a big fan of this adaptation. It’s pretty rare that a film based on a Stephen King story will wind up being even bleaker than the source material, but this film accomplishes just that. It rules.

When I heard the news that a new television series based on this story was being released, I was intrigued. I shouldn’t have been. It’s real bad.

The pilot episode spins exposition for what feels like an eternity, planting red flags of small town drama all over the place. These plot beats seem lazily constructed in an effort to provide plenty of “humans are the real monsters” action, and they’re so poorly acted that one is left to hope that there will be some pretty insane Mist Monster Moments™ in store to take care of each and every one of them.

Barely anything happens. So you just sit around hating all of the characters and hoping that they die soon. 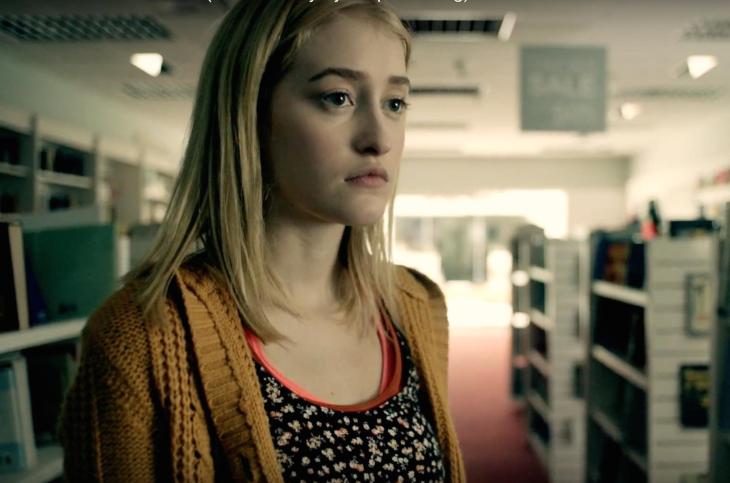 This one character. Of several “teen” characters, Gus Birney’s Alex is the only one that I can stand to watch. She’s doing her best with some very bad writing, and a particularly odious plotline. I’m not going to say that she’s a revelation or anything, but she’s the best of a bad lot. 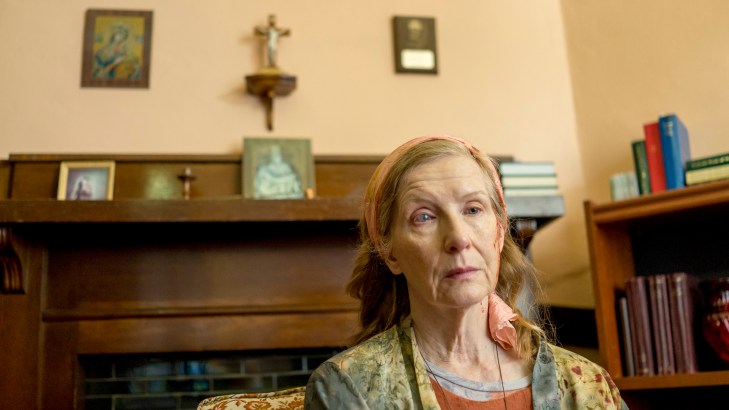 The mom from Six Feet Under is in this. She’s terrible, but kind of in a fun way. I guess she decided that American Horror Story was too high-brow and has moved on to something at a lower reading level. 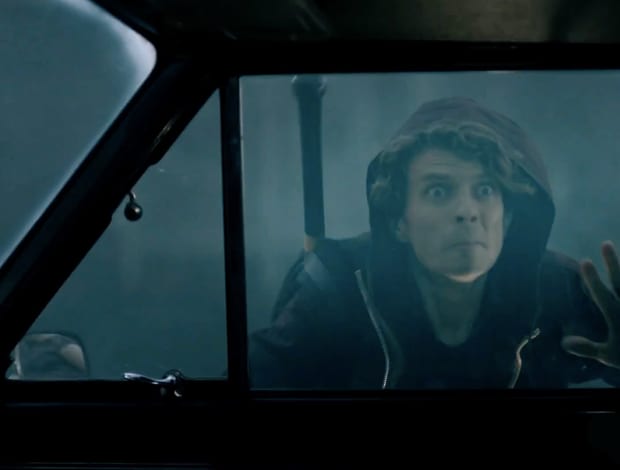 The basic premise still rules. A group of townspeople forced to pull together (or tear each other apart) while under siege by a sinister force is a timeless device when done well, and the opportunity to introduce a bunch of different Mist Creeps™ to dismember them is horror/sci fi paydirt. If only this were done well. 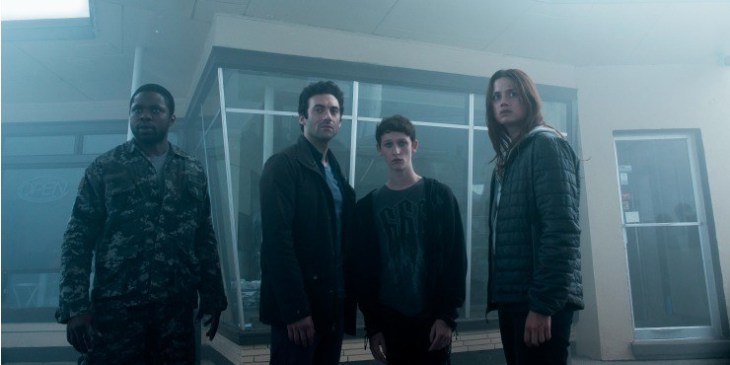 Almost all of the actors. Holy fuck, they are bad. The characters are written poorly to begin with and the melodramatic and at times bafflingly stilted performances just add up to a bunch of characters who I can’t wait to see offed.

I can tell who will and who won’t get offed. These four are going to stick around, at least for most of the season. And that is Terrible News™. Because they are just terrible.

CGI gore. In the pilot episode, this lady gets her jaw ripped off in the mist. The second episode has some wings violently erupting from some guy’s back while a bunch of moths fly out of his mouth(?!). While either of these little bits of gore could be effective and kind of badass were they accomplished through practical effects (or even competent CGI work), the digital work in this series is so cheaply and poorly done, it is laughable.

CGI everything. This show is so awful looking. Even the mist looks bad. The whole point of your show is the fucking mist. Spend the money to make your mist look decent.

The central non-monster plot involves what amounts to a Teen Date Rape Whodunnit™. Seriously. They’re hanging the main conflict on whether one guy (or another guy) raped a drunk girl, or whether she’s just “a slut”, and it’s a weighty human drama because her mom “used to be a slut”. It’s just awful and lazy and salacious and I hate it.

Will I Keep Watching?

On one hand, if this were a movie and I knew that all of these characters were going to get knocked off in 90 minutes, I would definitely watch the rest of it. On the other hand, this is at least a 10 episode series (more if it does well, I suppose), and I don’t want to get caught in another bad TV vortex where I need to see what happens regardless of the quality of the show. This happened to me with Dexter and it’s happening to me with The Strain, and both of those bad show are much better than The Mist.

I will probably give it another episode to see if they have the guts to kill off a main character and if they don’t, I’ll give up on it.

Skip this one, folks. But do check out the 2007 film adaptation if you haven’t yet. It is Good Times™.